On July 14th, Google announced the release of its new certification programs on Coursera – Google’s virtual learning platform. These certifications are meant to be completed over the course of six months and cost only $49 per month. For those who can’t afford that fee, Google is providing 100,000 needs-based scholarships and over $10 million in grants for non-profit organizations that plan to offer the certification programs to veterans, women, and underrepresented Americans.

“This is an amazing opportunity for so many people,” says CEO and digital marketing guru, Scott O Hirsch. “And the most interesting part of this isn’t that Google has created these certifications. It’s the weight they’re putting on them as hiring qualifications. That’s what’s going to start disrupting the industry.”

And it’s true that on July 13th, while announcing and promoting the certification launch, Kent Walker, Google’s Senior Vice President of Corporate Affairs stated in a Tweet, “…in our own hiring, we will now treat these new career certificates as the equivalent of a four-year degree for related roles.”

That is a huge statement. In an ever more technologically advanced world, tech skills and practical applications are increasingly seen as more valuable, but they haven’t replaced the requirements for traditional degrees. But with the cost of higher education skyrocketing over the past 15 years, fewer and fewer people are able to afford it. According to the National Center for Education Statistics, in 2018, one year at a public university was approximately $17,797. At a private school, the average annual tuition was a whopping $46,014.

“We see it every day,” says Scott O Hirsch. “Many in this generation of employees are saddled with student debt. The majority of them have at least $60k in debt and they’re starting out making $35-40 thousand a year. When you consider that this new certification program evens out to $300 flat…it’s going to open doors for a lot of people. That’s a lot of untapped talent and ambition that’s going to rock the workplace.”

Certifications can be gained in areas like data analysis, project management, IT support, and UX design. And with the median salary of a UX designer listed at around $93,000, the ROI on a $300 investment for six months of training is practically infinite. And according to Google, 80% of students who completed the IT Support Specialist certification either earned a raise or landed a new job in that field. 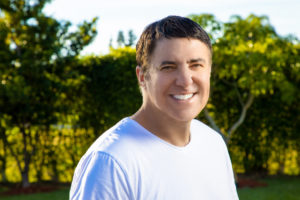 Prior experience is not required to take the three-to-six month courses. Neither is a degree or credits in higher education courses. “And once you’ve completed the courses, you have a crack at a job with Google. That’s something you couldn’t say about non-degree holders even just three weeks ago,” says Scott O Hirsch. “I think it’s a brilliant way to find new talent while promoting diversity and inclusion. I think the most interesting thing to watch over the next few months to a year will be how quickly other businesses pivot to mirror this hiring strategy. I’ve always been a proponent of hiring talented and motivated individuals over hiring degrees”

And Google isn’t the only tech giant trying to disrupt the education sphere. Microsoft launched a global initiative two weeks before the Google certification announcement. Microsoft is combining resources from GitHub, LinkedIn, and its own software to provide Microsoft Certifications in Software Development, Sales Representation, IT Administration, Data Analysis, Financial Analysis, Graphic Design, and Project Management. These LinkedIn “learning paths” will be available to learners through March 2021.

“Digital marketing is one of the fields most influenced by the leanings of Google and other tech giants like Facebook and Twitter. We’ve been using their Google Analytics and Adwords certifications as a hiring litmus test in certain departments for years. But this is on a completely different scale,” says Scott Hirsch, CEO and founder of Media Direct. Media Direct is a worldwide media solutions provider that offers an array of digital products and services, including mobile and web-to-mobile content solutions, permission-based e-mail solutions, data enhancement/hygiene, and online lead generation.

“I want my existing team members to take the courses so I can see what they cover and how deep they get into theory and skill-building,” says Scott Hirsch. “But if they’re as good as Google says they are, there are several positions I would promote hiring with these certifications as a replacement for a 4-year degree. In my experience as a business owner, you always have to teach certain skills and tools to your new hires, even if they graduated top of their class. Having practical skills and foreknowledge of the tools of the trade? That could be a game-changer for applicants and businesses alike.”

Scott O Hirsch is recognized internationally as a subject matter expert in digital marketing, data, and analytics. He has been published in Forbes, Time, Fortune, Entrepreneur, and Fox Business. Throughout his career, Scott Hirsch has helped to innovate and instigate the most-used tech concepts in his field, including opt-in email, SEO, affiliate marketing, and DIY app development.